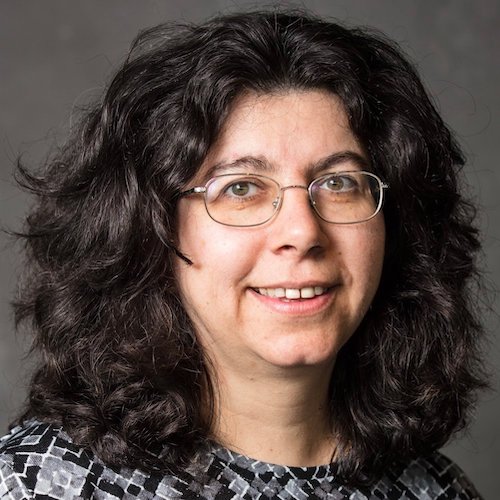 
Doina Precup splits her time between McGill University, where she co-directs the Reasoning and Learning Lab in the School of Computer Science, and DeepMind Montreal, where she has led the research team since its formation in October 2017. Her research interests are in the areas of reinforcement learning, deep learning, time series analysis, and diverse applications of machine learning in health care, automated control, and other fields. She became a senior member of the Association for the Advancement of Artificial Intelligence in 2015, Canada Research Chair in Machine Learning in 2016, Senior Fellow of the Canadian Institute for Advanced Research in 2017, and received a Canada CIFAR AI (CCAI) Chair in 2018. Dr. Precup is also involved in activities supporting the organization of Mila and the wider Montreal and Quebec AI ecosystem. 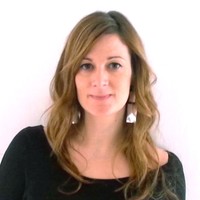 
Dr. Gemma Galdon-Clavell is a policy analyst working on surveillance, social, legal and ethical impacts of technology, smart cities, privacy, security policy, resilience and policing. She is a founding partner at Eticas Research & Consulting and a researcher at the Universitat de Barcelona’s Sociology Department. She completed her PhD on surveillance, security and urban policy in early 2012 at the Universitat Autònoma de Barcelona, where she also received an MSc in Policy Management, and was later appointed Director of the Security Policy Programme at the Universitat Oberta de Catalunya (UOC). Previously, she worked at the Transnational Institute, the United Nations’ Institute for Training and Research (UNITAR) and the Catalan Institute for Public Security. She teaches topics related to her research at several foreign universities, mainly in Latin America, and is a member of the IDRC-funded Latin American Surveillance Studies Network. Additionally, she is a member of the international advisory board of Privacy International and a regular analyst on TV, radio and print media. Her recent academic publications tackle issues related to the proliferation of surveillance in urban settings, urban security policy and community safety, security and mega events, the relationship between privacy and technology and smart cities. 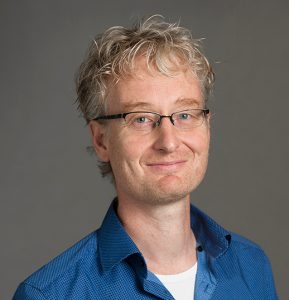 
Max Welling is a research chair in Machine Learning at the University of Amsterdam and a VP Technologies at Qualcomm. He has a secondary appointment as a senior fellow at the Canadian Institute for Advanced Research (CIFAR). He is co-founder of “Scyfer BV” a university spin-off in deep learning which got acquired by Qualcomm in summer 2017. In the past he held postdoctoral positions at Caltech (’98-’00), UCL (’00-’01) and the U. Toronto (’01-’03). He received his PhD in ’98 under supervision of Nobel laureate Prof. G. ‘t Hooft. Max Welling has served as associate editor in chief of IEEE TPAMI from 2011-2015 (impact factor 4.8). He serves on the board of the NIPS foundation since 2015 (the largest conference in machine learning) and has been program chair and general chair of NIPS in 2013 and 2014 respectively. He was also program chair of AISTATS in 2009 and ECCV in 2016 and general chair of MIDL 2018. He has served on the editorial boards of JMLR and JML and was an associate editor for Neurocomputing, JCGS and TPAMI. He received multiple grants from Google, Facebook, Yahoo, NSF, NIH, NWO and ONR-MURI among which an NSF career grant in 2005. He is recipient of the ECCV Koenderink Prize in 2010. Welling is in the board of the Data Science Research Center in Amsterdam, he directs the Amsterdam Machine Learning Lab (AMLAB), and co-directs the Qualcomm-UvA deep learning lab (QUVA) and the Bosch-UvA Deep Learning lab (DELTA). Max Welling has over 250 scientific publications in machine learning, computer vision, statistics and physics and an h-index of 62.


Stephan Günnemann is a Professor at the Department of Informatics, Technical University of Munich. He acquired his doctoral degree at RWTH Aachen University, Germany in the field of computer science. From 2012 to 2015 he was an associate of Carnegie Mellon University, USA; initially as a postdoctoral fellow and later as a senior researcher. Stephan Günnemann has been a visiting researcher at Simon Fraser University, Canada, and a research scientist at the Research & Technology Center of Siemens AG. His main research interests include the development of robust and scalable machine learning techniques for graphs and temporal data. His works on subspace clustering on graphs as well as his analysis of adversarial robustness of graph neural networks have received the best research paper awards at ECML-PKDD and KDD.